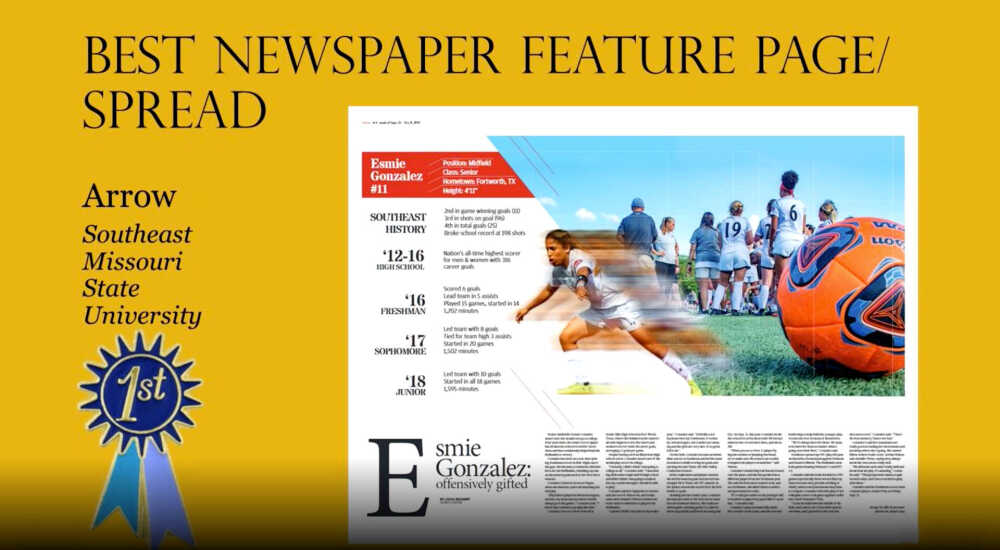 Arrow staff members attended the virtual Associated Collegiate Press (ACP) and College Media Association (CMA) national convention this past week. At the convention, the staff received awards from both organizations, walking away with a total of six.

The Arrow was named a newspaper Pacemaker finalist by ACP, making the newspaper one of 46 organizations to receive this honor across the nation. The Arrow was the only school newspaper in Missouri nominated for this award, competing against larger institutions that have historically worked to build their journalism and mass communication programs, Mass Media Professor and Chair Tamara Zellars Buck said.

“We tend to be pitted against larger institutions like University of North Carolina, Elon University,” Buck said. “For us to come out ahead of those organizations, I think shows that we have come into our own and we are peers. A lot of times, smaller, regional institutions like ours don’t get that recognition just off the bat.”

The Arrow had an impressive awards season this spring, as well, winning 18 awards from the Missouri College Media Association at their virtual award ceremony in April.

Keep up with the Arrow on Facebook, Instagram and Twitter as they prepare to cover the 2020 Election on Nov. 3. Coverage will start at 6 p.m. and go throughout the night.