Southeast Facilities Management is the main component to all renovations and updating of buildings on campus.

As part of its responsibilities, the department ensures buildings are up to Americans with Disabilities Act codes and law, according to Facilities Management director Angela Meyer.

“Anytime we are working on a renovation project, we work very closely with our consultants to ensure that codes and accessibility issues have been addressed,” Meyer said. 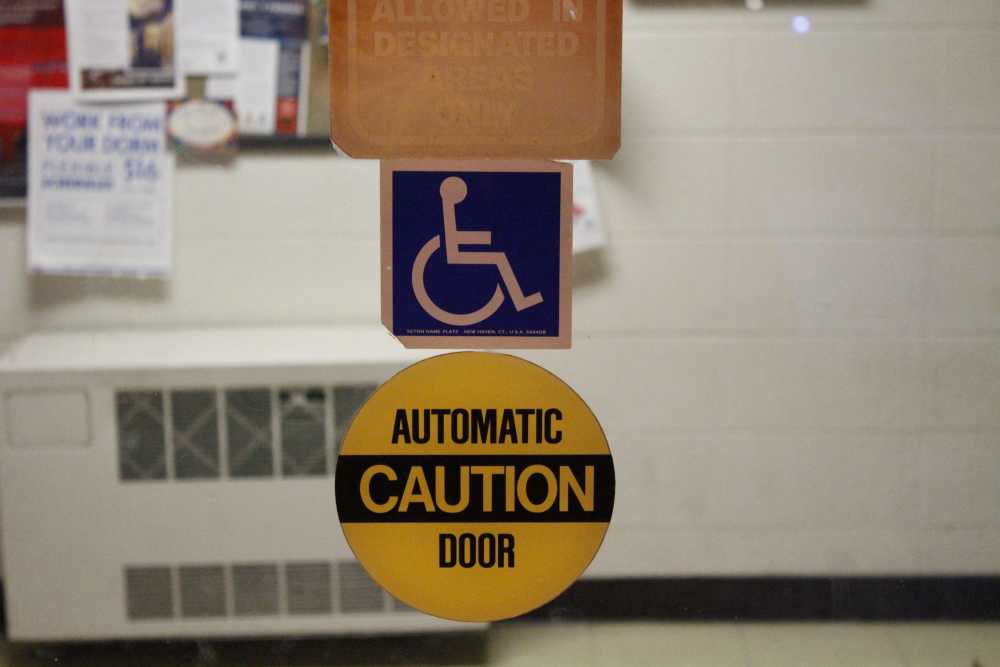 Automatic doors can be found in several buildings across campus, like this one seen in Magill Hall.
Photo by Joshua Dodge

Each renovation project addresses ADA compliance on a case-by-case basis, according to associate director of design and construction Carolyn Figliolo. She said the department relies on outside consultants to ensure ADA compliance rules are met.

“When they obtain their licensure they go through an extensive vetting with state boards and they have to pass exams,” Figliolo said. “So we're confident that our consultants, when we hire a consultant for the institution on behalf of the institution, we ensure we have the appropriate training.”

Figliolo said, when new ADA code comes out it would not be updated campuswide, new code will slowly make its way on campus as buildings are renovated or updated. Facilities Management addresses ADA code when renovating a building on campus, said Figliolo. If new ADA code is introduced, updates would not be made campuswide due to cost, according to Figliolo. Codes change every three to four years, according to Meyer. 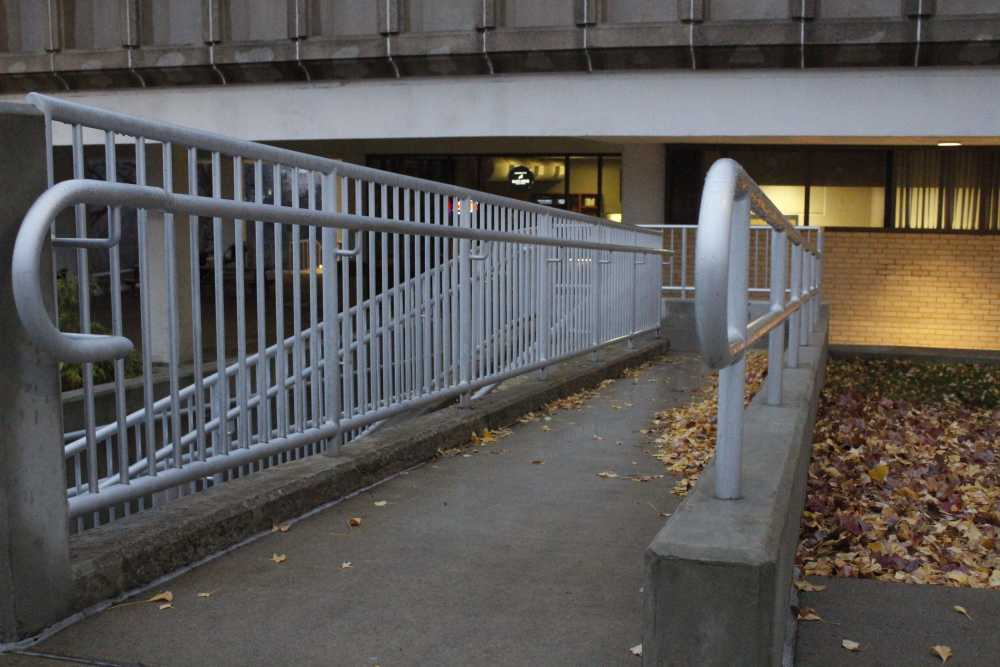 A ramp located behind Scully Building leads from the sidewalk to the building and Kaldi's Coffee.
Photo by Joshua Dodge

Facilities Management reviews the new code and works to make sure it is applied to future renovations, according to Figliolo.

Since Southeast renovates facilities instead of building new, efforts are made to make sure every building keeps its history, according to Meyer. With so many of Southeast’s building having such a rich history, Facilities Management works to keep the historic nature of the buildings intact.

Academic Hall is just one example of a building where renovations were made to stay compliant with ADA code while keeping the history of the building.

To keep the front of Academic Hall looking the same, the north side was renovated and updated to follow ADA codes, according to Meyer. 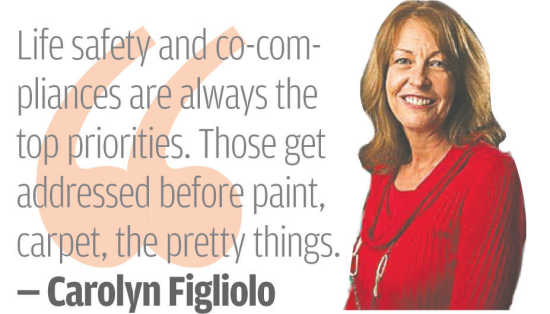 If Southeast builds a new building, like the Center of Speech and Hearing built last year, the International Building Code, which the city of Cape Girardeau has adopted, is followed.

"Life safety and co-compliances are always the top priorities. Those get addressed before paint, carpet, the pretty things," Figliolo said. "Those aren't necessarily the popular choices with folks because they are not the pizazz, but to make buildings functional we always look at those first."

Recently, Facilities Management received a complaint from someone about an issue at the River Campus in the Seminary Building, Meyer said. An automatic door open was needed on the north side of the building; the opener was added and the building is now up to code. 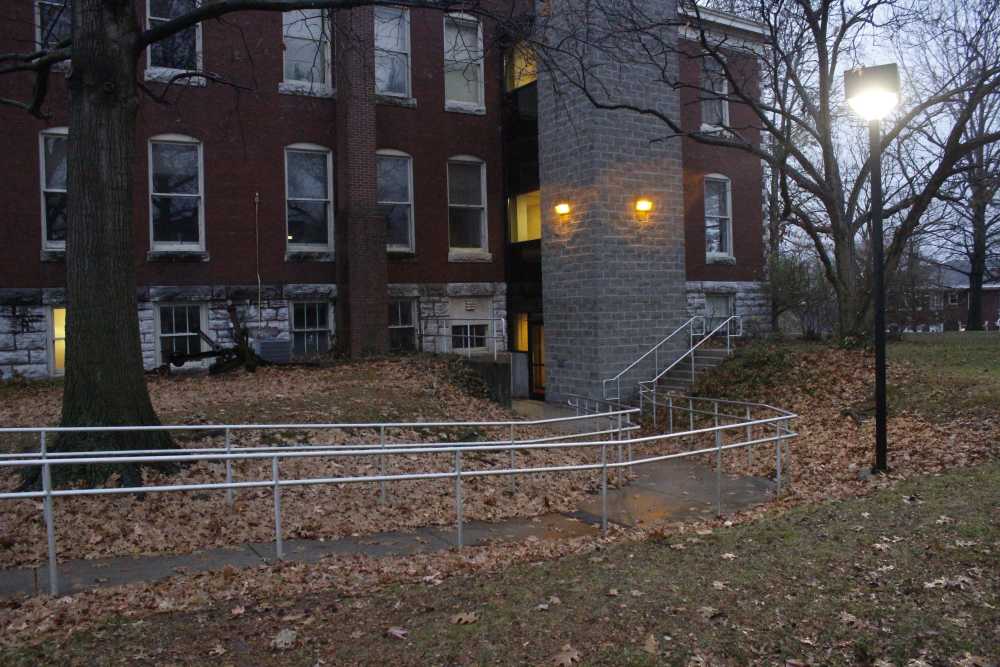 Ramps are located at several campus buildings to help with accessibility. This ramp leads to the elevator and stairs behind the Art Building.
Photo by Joshua Dodge

“It’s just a matter of working with whoever brings an issue to the table and addressing it as quickly as possible.”

If a complaint comes in, Facilities Management goes and investigates it first, according to Meyer. Once they look to see if a problem exist they speak with the consultant who was on the project. The consultant usually is able to explain why it is a violation of code or not. Facilities Management also might seek a second opinion from another consultant. Meyer said they typically receive one complaint a year.

Southeast currently is preparing to renovate Crisp Hall by 2019 and will take the next year to complete the design.