Four Southeast students will soon embark on a trip to Guatemala to compete in the NIBS Worldwide Case Competition, a prestigious business event. Among the 16 schools participating, they will represent Southeast as the only U.S. university qualified to attend and compete.

In order to qualify for entry, the business schools must be accredited, must be members of the Network of International Business Schools (NIBS) and must compete in a qualifying round of competition.

Coached by professor of Economics Willie Redmond, the NIBS case study team has been preparing to compete for 20 hours or more each week. 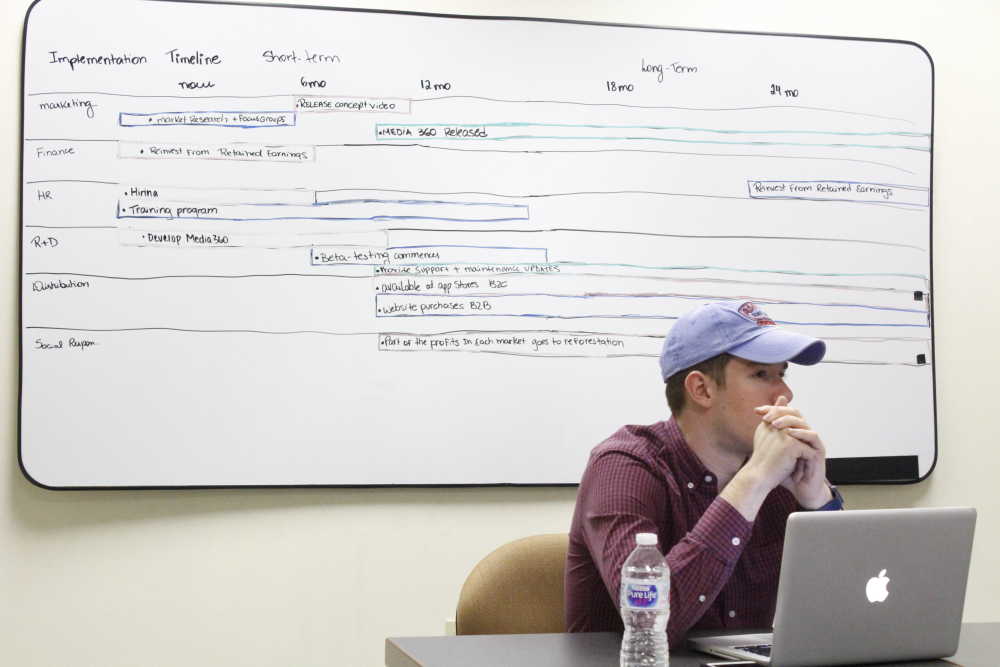 While it may seem like a lot of time to add to full class schedules, these four know they are investing in their future and laying the groundwork for success.

All seniors at Southeast, Collin Ritter, Sarah Monteiro, Bhanu Sehgal and Rachel Orf spend their weekends at Dempster Hall preparing for a competition that Monteiro said requires a lot of trust between team members. Each person on the team represents a different discipline of business that complements each other during the analysis, she said.

The team is an elite group students that Ritter said are handpicked by Coach Redmond, and it pays to be chosen. 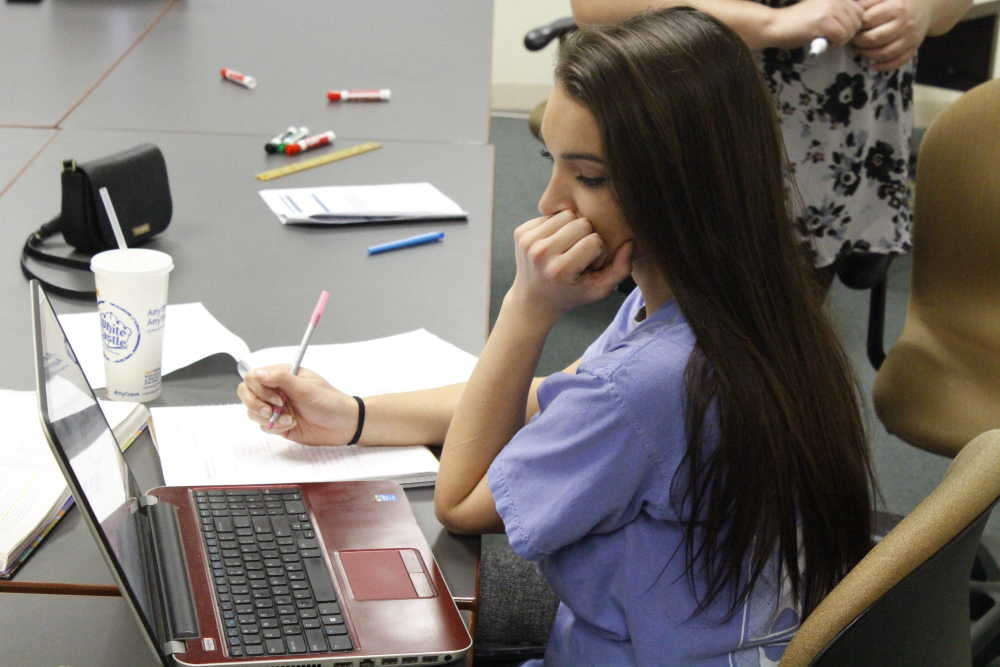 “This is real world. We’re presenting real-case solutions to real companies and to academics from all over the world,” Ritter said.

The kind of experience gained doing these competitions, Monteiro said, is something that cannot be understated, especially when it comes to applying what they’ve been taught in the classroom.

Ritter said all four students plan to continue their educations after graduation, and applying to graduate programs takes up what little free time they have left. 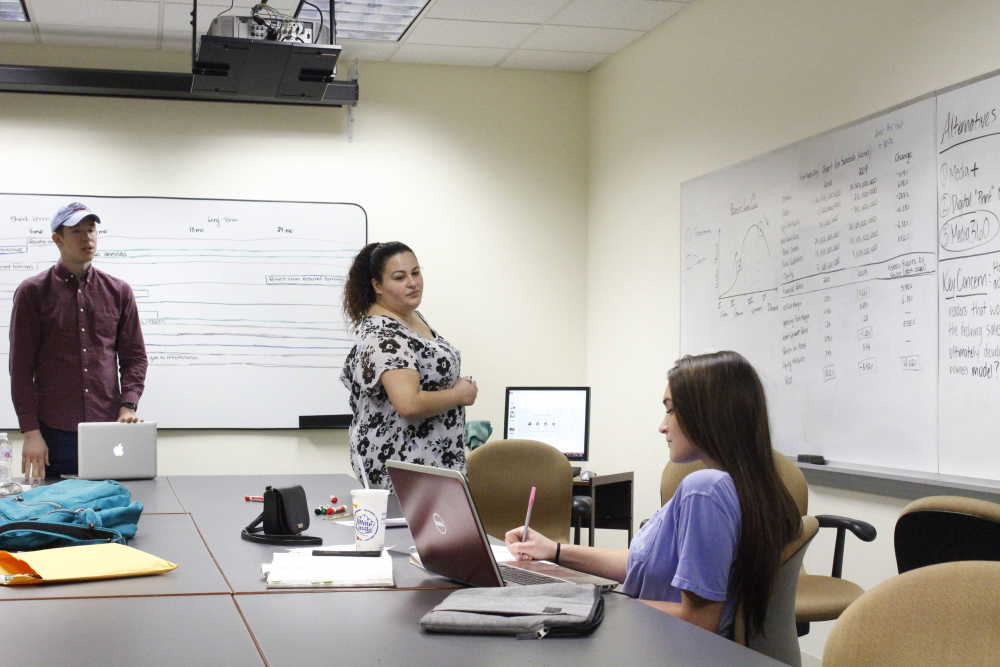 “Writing personal statements for grad schools is pretty much what I do in my free time,” Ritter said.

Until then, they’re working toward bringing home another victory. Southeast has been represented at NIBS several times before and brought home a championship in 2012, the only U.S. victory on record.

Securing a victory this year would mean big things for the university as well as the students, but Ritter said it’s also about pride.

“Once you get in, you just want to win. I hate to lose,” Ritter said.

Both Ritter and Monteiro emphasized that none of their success would be possible if it weren’t for the dedication and time invested by Redmond.

“Dr. Redmond does so much for us. The least we can do for him is go up there and win it,” Monteiro said. 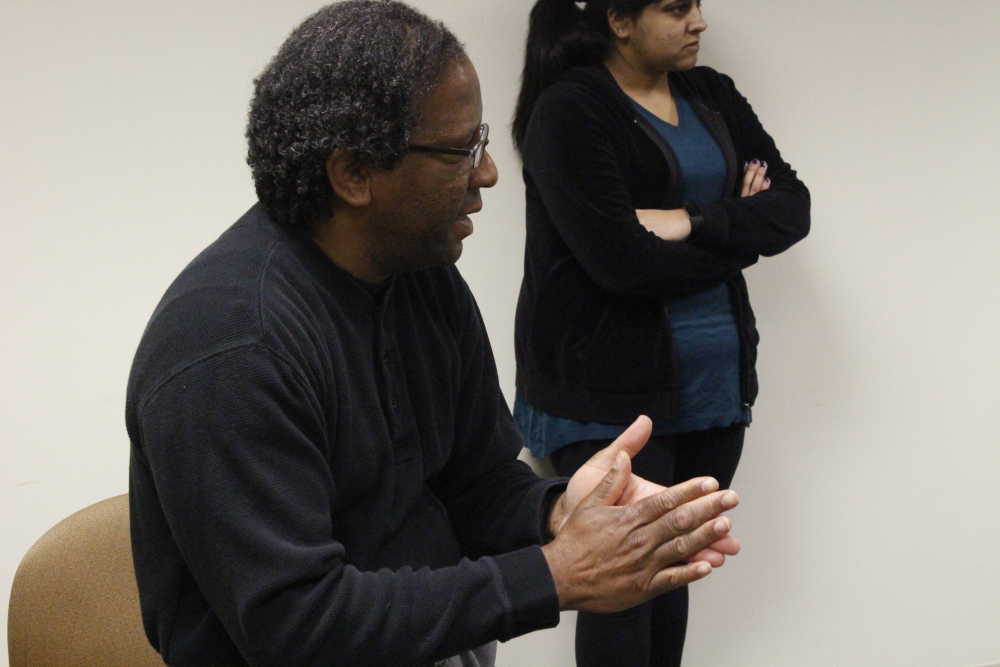 Redmond has been a coach for the NIBS case-study team for about 10 years. For him, investing time in his students is “the fun part” of his job.

“You get to see students really use their potential,” Redmond said. “The reason why I wanted to teach anyway was to work with students, and so this is really the fun part of what I do.”

The competition begins Feb. 25 and runs until March 2. Monteiro said it will consist of three or four hour-long case studies, sometimes more than one per day. Each team will have to analyze and present the companies with a solution for its problem. Ritter said the teams will act like consulting firms for existing companies.

Teams from each school are secluded during each case study, Ritter said, and they will not have access to internet or any other kind of web browser. For Redmond, this is the most nerve-wracking part.

“It is worse for me than it is for them,” Redmond said. “I’d rather be in the room doing it than outside there just worrying.”

When time is up, the team will have to present their plan in front of the judges, who Ritter said will poke holes into their business plan.

Whatever the result of the competition, Redmond said it’s a testament to the quality of a Southeast education to consistently compete in the international competition.

Both Ritter and Monteiro agreed the faculty in the business school have given them more than just an education on paper. Ritter said they take a real interest in the students’ futures and go the extra mile to help them succeed.

“The fact is, we are known as one of the top case-competition teams in the world,” Redmond said. “We are one of those teams that consistently qualifies.”

Redmond said he hopes the dedication of his students will help make Southeast a destination school for those students considering business degrees.