The ringing of Peyton Mogley’s cell phone pierced the air on the afternoon of Thursday, March 22, disrupting a meeting she was having with her student government chief of staff. When Mogley saw the Los Angeles-based number calling, she knew it had to be one of two things: either it was a credit card company or it was the call she’d been waiting on since her sophomore year.

Her “Hello,” was followed by a moment of pure disbelief. 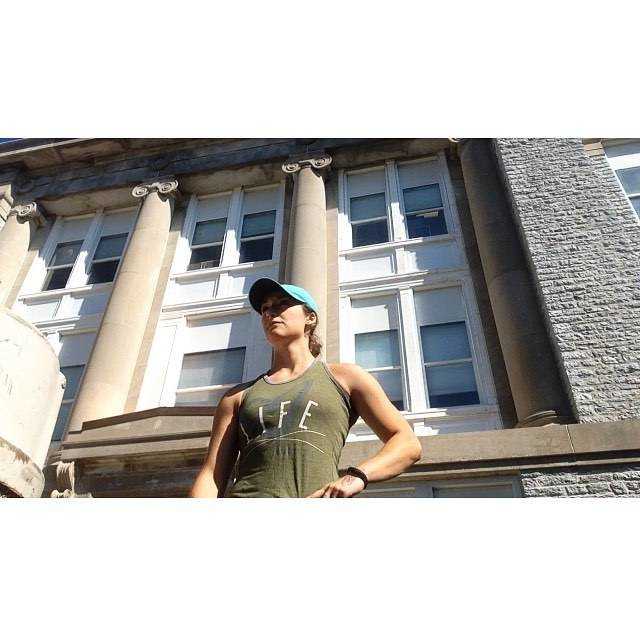 That’s because the man on the other end was Rod from “American Ninja Warrior,” calling to tell Mogley she’d been chosen to compete on Season 10 of the television series.

“As soon as he introduced himself, and I heard “Ninja Warrior,” I’m like ‘OK, I think this is happening,’” Mogley said.

The American show has several regional competitions where contestants from around the country compete on highly challenging obstacle courses, and the winners of those move on to a national competition. 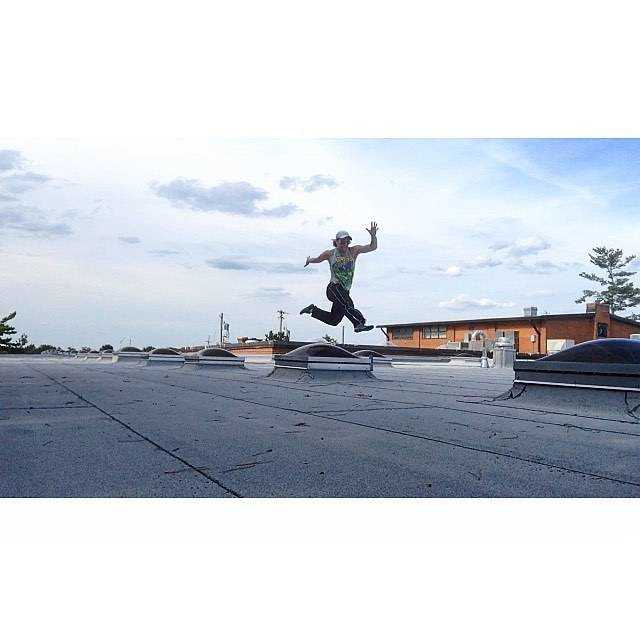 Mogley will compete in the Indianapolis regional competition April 29 and 30.

The obstacle course Mogley and the other American Ninja Warrior contestants will compete on involves challenges ranging from upper-body strength to endurance and speed. Mogley said she is excited for the challenge. 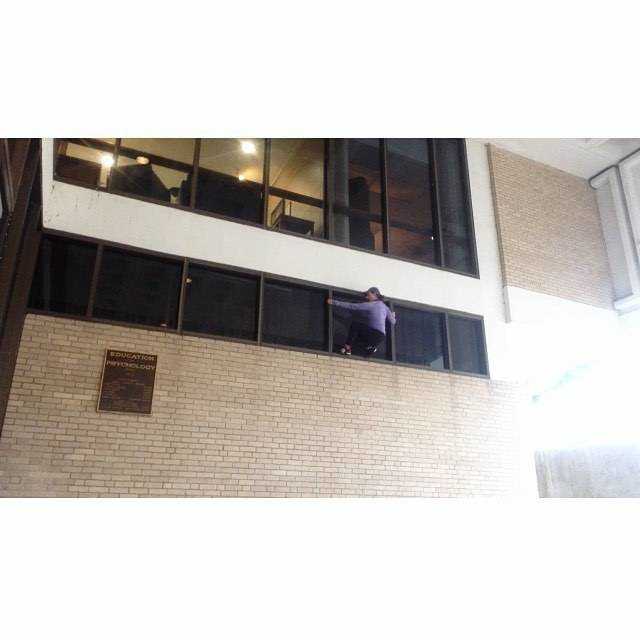 “Everything you did on the playground as a third-grader is pretty much applicable on the obstacle course,” Mogley said, laughing. “It’s just a smidge bigger to compensate for the height difference, because you’re not 3 feet tall anymore.”

Hailing from Chesterfield, Missouri, Mogley is a senior at Southeast studying corporate communications with plans to graduate in May. She’s the president of the Student Government Association at Southeast, and she has spent the last four years making this campus her home.

She’s also made it her jungle gym. 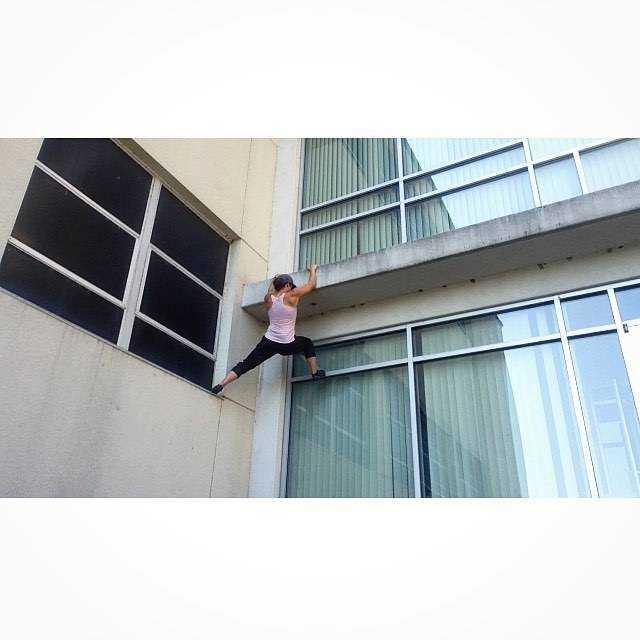 There are only a handful of buildings on campus Mogley hasn’t climbed on, scaled or shimmied across. And while the university administration hasn’t exactly been thrilled about her extracurricular activities, Mogley said they’ve been supportive of her workouts, so long as they’re safe.

She added that she did receive an email from associate vice president of student life Bruce Skinner “politely discouraging” her from hanging off of light fixtures and reminding her to “take it easy.”

Mogley was inspired to begin her training by former American Ninja Warrior contestant Kacy Catanzaro, the first woman to win a semifinal round of the show and earn a chance to compete in the national competition.

“[Catanzaro] was my entire inspiration to try to get into this new realm of training, and I’m like, ‘You know, I’m just going to go start climbing walls, I guess!’” Mogley said.

Mogley also drew inspiration from some of her peers at Southeast.

On her first day of class during her freshman year, Mogley was doing a kickbox routine in one of the racquetball rooms at the student recreation center when another student named Ben Bohnert asked to share the room with her. She agreed, and he began to work out.

After watching Bohnert do what Mogley said looked like “parkour flips” for his workout, she knew she had to get to know him. 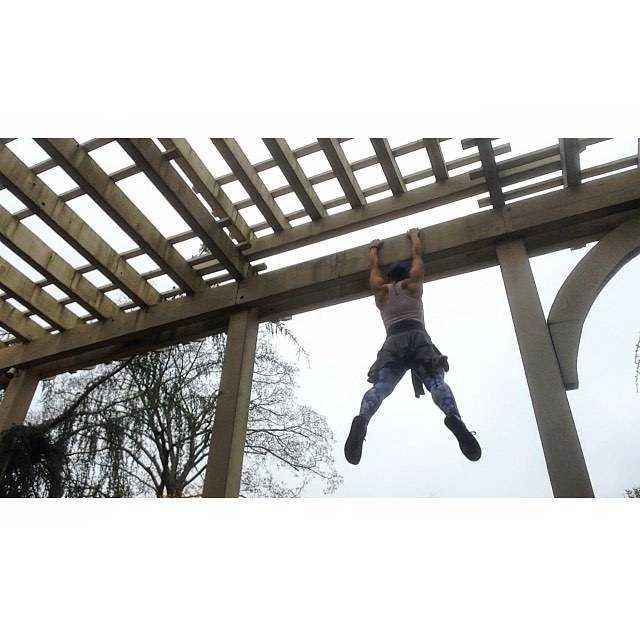 “He actually gave me the confidence I needed to try to go workout in the weight room,” Mogley said. “He taught me a bunch of this, almost like taekwondo/martial arts stuff that would transition into my ability to really start on a good foot with the ninja training.”

Since then, Mogley has created her own workouts that are far from boring. Her routine changes from one day to the next, and they challenge her strength and endurance using buildings, stairs, covered walkways and even rooftops.

“If I see something that looks fun and I haven’t tried it before, I’m like, ‘let’s go!’” Mogley said.

One part of her routine that stays consistent is watching the sun rise, and she said sunrises on top of Memorial Hall are “amazing.” 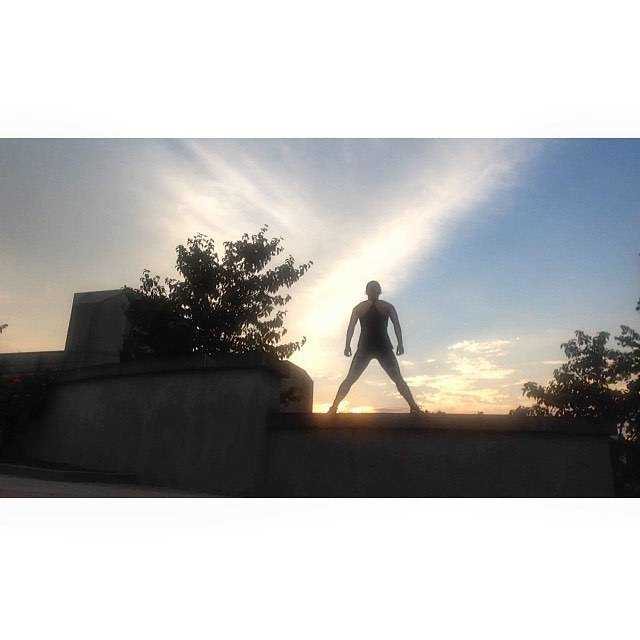 The audition tape she sent to “American Ninja Warrior” highlighted Mogley’s unorthodox workout routines, and Mogley said the show’s casting directors must have liked what they saw.

“[Rod] goes, ‘Yeah we really liked your audition tape, and we think you could bring something pretty neat to the table,’” Mogley said.

Mogley’s passion for Southeast has been undeniable during her undergraduate years, especially in her role as student government president. Now she’s approaching the end of her second term in that role as well as graduation in May, and competing on American Ninja Warrior feels to her like a perfect ending.

“It’s kind of my last chance to represent SEMO by doing something, and what an awesome way to give back to the institution that has given me a place to train for these two years but also cultivated me as an individual,” Mogley said.

Mogley said she looks forward to using her time on the show as a platform to tell a national audience about what Southeast has done for her during her time as a student by giving the university “that pitch on national TV.” 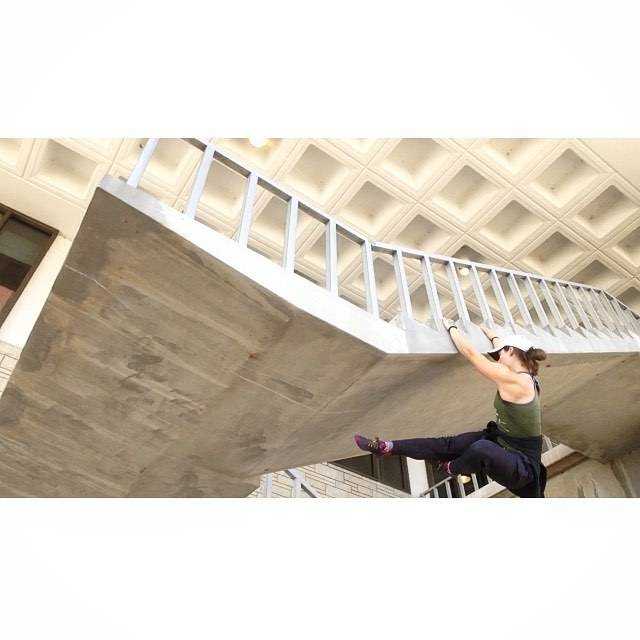 Being invited to compete on the show was for Mogley both a surprise and an affirmation of her hard work.

“I just got, like, fluttery because literally my goal this entire time was just to challenge my body in a new way, develop a little bit differently as far as functional training goes and then submit a tape,” Mogley said. “I honestly had no intention of actually like, being on the show, it was just the journey and pursuit of getting there that was so exciting for me. So anything that comes next is just kind of a bonus on top of a goal that I already did, which is just neat.”

Mogley encourages anyone willing to make the drive to come along in support. The television show does require spectators to provide their information in advance in order to receive a free ticket. The tickets are limited and are awarded on a first come, first serve basis.

More information about being an on-camera audience can be found at http://on-camera-audiences.com/shows/American_Ninja_Warrior.