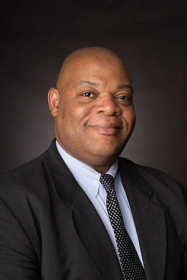 A new book on the perception of the black male by the Educational Leadership and Counseling Department chair C. P. Gause talks about the positive aspects of being an African American man in spite of negative representations.

The book, “The Handbook of Research on Black Males: Quantitative, Qualitative, and Multidisciplinary (International Race and Education Series),” covers topics from psychology to policy in relationship to African American men.

As co-editor with Ted Ransaw, Gause said he reviewed submissions from numerous areas of studies.

Gause is the editor of the Journal of Black Masculinity and the author of “Integration Matters: Navigating Identity, Culture, and Resistance (Counterpoints).”

To gather the selections published in the book, Gause and Ransaw sent out a call to scholars on the subject, to addresses issues spanning a range of policy, education and history.

Gause said he wanted to be practical and widespread in topic to make it a “handbook” on the subject for educators, policymakers, sociologists, psychologists and anthropologists.

Describing the phenomena of the black male, he said, was to look at how his image and character was represented in media.

“As an African American male myself, I know the struggles and the challenges,” Gause said. “But I also know the successes of being a black male.”

He said there is not much focus on the black male in pop culture and media unless they are involved in sports or entertainment.

“Rarely do you see or hear individuals talking about black males who are about perpetuating the positive aspects of being a black male,” he said.

There is a strong focus on the negative when African American men are represented, he said, but the volume was intended to bring together a collection of works by authors of diverse ethnic backgrounds to describe the positive qualities of being a black male, the “most revered and most hated person in America at the same time.”

A few of the topics discussed in the book are public policy, popular culture, hip hop, health, wellness and even yoga, he said.

Gause said he would be attending multiple conferences to share information on the book. He’ll be attending an event in Detroit in mid-November and Chile in January, and he’s been in discussions to visit London.

“I’m hoping that we’ll be able to have something on our campus,” he said of disseminating information in his book.

When it comes to writing and holding a university position, Gause said, he tends to persevere and lead by example when confronting challenges.

He said that being a department chair has its frustrations, but scholarship development gives him a way to have something on our campus and overcome the struggles, trying to present himself as a “model” for those in his department for scholarship.

The reviews of the book have been positive, he said, and the book is available on Amazon. Kent Library is working to acquire his book.

It officially was published on Nov. 1, although it was available online before then.