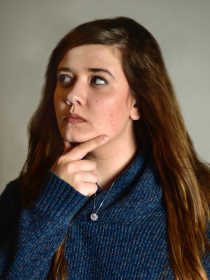 “Y.M.C.A” by the Village People is not the overture I expected to be greeted with upon arrival at President Donald Trump’s final Make America Great Again campaign rally on Nov. 5, the eve of midterm elections.

I also didn’t expect the friendliness and generally positive demeanor of the Trump supporters I encountered. Donning their MAGA hats and patriotic colors, the attendees of the rally were thrilled to see the man they believe is reviving American values.

Needless to say, the night would be full of surprises. I abruptly hit my limits, some I didn’t even know existed until I was facing them and could take no more. I left the rally early, overwhelmed and shocked. But we’ll get to that.

Anyone who knows me well knows that I am a proud liberal. In the heart of Southeast Missouri, we left-minded folk are few and far between. In other words, a MAGA rally isn’t exactly my idea of a good Monday night. But how could I miss out on the opportunity to be criticized by the president of the United States in person?

Any aspiring journalist will tell you that there’s no skipping out on the opportunity to document the president of the United States visiting their hometown. This was true for me, even though every bit of me wanted to be as far away from the Show Me Center as possible. (Not to mention, Trump’s visit did cause the cancellation of all my classes, so it’s not like I had anything better to do.)

More importantly, though, I knew I had to attend the rally because I had to find out if the people I call neighbors and friends truly see me as their enemy. I had to see for myself how much of the animosity toward media professionals was real.

And there was booing as Trump disparaged the “fake news media.” Booing and laughing, as if the job to document every presidential rally is something to ridicule.

Now, to be fair, the relationship between the press and the president has historically been strained and for good reason. One primary role held by the press is keeping government leaders accountable by informing citizens.

To pose the media as an “enemy of the people” is to brainwash them into thinking media professionals are out to deceive them. But when people stop reading the news, stop deciding for themselves, when they believe and start relying on a highly biased government official with a political agenda to tell them what’s true, the ability of the people to hold elected officials accountable disappears and with it, our democracy.

Even through the ridicule and the remarks with which I strongly disagreed, I stood my ground. I let it roll off my shoulders and reminded myself that I had a job to do. I thought I could handle anything.

And then a child, perched on his dad’s shoulders to see over the crowd, mimed a gunshot at me.

In a sea of thousands, no one saw it. And even if they had, in the atmosphere inside the venue, I’m not sure anyone would have cared.

The kid couldn’t have been more than 8 years old, but when he locked eyes with me and pretended expressionlessly to shoot me, I was struck with one feeling: overwhelming hopelessness.

So much so that I walked straight out of the Show Me Center, past the Trump supporters who didn’t make it inside but were watching the rally outside on big TV screens, past the merchandise tents and trailers in the parking lot, across the street to a gas station and then all the way back to the newsroom. The walk is about a mile and a half long, but I needed some air.

All the while, I kept asking myself how the world became so twisted up that a child that young could be so cold toward a stranger. But children have to be taught to hate.

I can’t comment on where the issue with that particular kid comes from and I don’t think all Trump supporters are inherently bad people. I don’t mean to insinuate that parents can’t bring their children to see the president of the United States when he comes to town. I think the experience of attending a presidential rally at a young age is wonderful and enriching.

But little ones are always watching. Children are like sponges; they soak up everything. They see way we treat others, hear the way we talk to them and about them, and they don’t forget the hateful things we allow other people to say.

On Monday night, Trump and more than 7,000 others chanted hateful things at everyone wearing a media pass; we were shamed, laughed at and taunted, as if we weren’t there to protect the rights of free access to information.

As if we weren’t just hard working Americans, showing up and doing our jobs.

What divides our country is larger than any issue or platform. It’s something dark and deep-rooted. It’s resentment, manifested in hate and spread from one generation to the next.