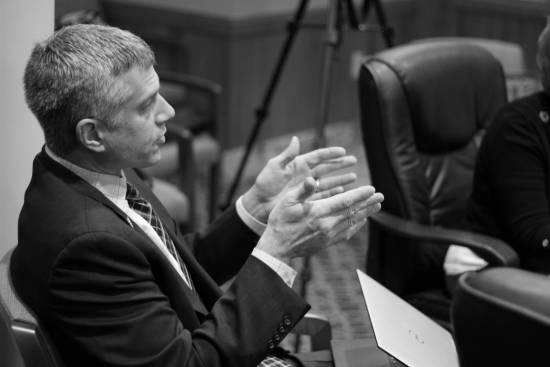 In past years at Southeast, wintersession courses have proven to be low priority, but under Provost Mike Godard, changes are now being implemented to better accommodate student needs.

Godard, assumed the position of provost July 1, said he has “critically assessed the best approach for wintersessions moving forward” in a way that would help prevent future problems involving low enrollment and benefit students and faculty.

“We’re trying to look very strategically on how to best serve our students with what courses we offer, and also realizing the fact that it’s a very compressed time period and that’s not pedagogically a great fit for every course,” Godard said. “So we’re looking at that in terms of quality of the educational experience that we want to deliver to our students and how to best align that with the needs as well.”

Godard has since resolved several wintersession questions with his changes that offer general education and prerequisite courses. His plan moving forward ensures a heavy focus on students staying on track to graduate in four years.

According to the Wintersession 2020 planning packet which can be found online, if a wintersession section is filled at 35 undergraduate students, a new section can be added if the spring/fall fill rates indicate a need for more spots in a particular course.

The Arrow reported, a primary concern among senators was the winter course load and “rumors” surrounding cancellations of some wintersessions. This involved the number of courses provided versus the number of students enrolled.

Tammy Randolph, who served as the interim provost before Godard’s arrival to Southeast, addressed the issue of wintersession cancellations during the faculty meeting, saying, “50 winter courses were considered ‘low-enrolled,’ holding 15 or less undergraduate or 12 graduate students.”

Godard said these changes set for this upcoming session are aimed toward a student-first approach.

“We are trying to make sure that as we offer wintersession courses, that they are offered in a manner to ensure students stay on track to graduate in four years,” Godard said. “One thing that I have changed, again in collaboration with the deans moving into this winter section, is that to make sure that we have our eye on the quality of that experience for our students.”

Chelsea Caile McNeely, the Director of Southeast Online Programs, said each year the university analyzes wintersessions in regard to student enrollment.

With wintersessions main goal being to keep students on track to graduate, it also positively impacts the retention rates that are measured at the university.

“We measure graduation on a six-year timeframe,” McNeely said. “So if we are helping students to graduate in a six-year time frame, then it looks good on the university. In turn, that helps our budget being successful and people want to invest in a successful institution.”

As for how the wintersession 2020 planning packet changes will positively impact the budget, McNeely added colleges should maintain a 60% Return on Investment (ROI). McNeely said the ROI is measured by looking at how much tuition is generated from the course versus how much the instructional cost is from the course. The difference of the two ultimately is the percentage the university makes.

Additionally, the number 60 was picked as a benchmark and a number to strive for each year.

“Looking at previous years, the ROI has varied from 51% to 66%,” McNeely said. “This standard is consistent with our performance in previous years while establishing a bar that ensures wintersession remains a sustainable option for future terms. Winter session is a small piece of the university's overall budget, but it is important that in each initiative we do, we’re trying to maximize the ROI.”

Both Godard and McNeely worked extensively on the packet that started in early July and was released Sept. 11.

“Dr. Godard wanted to create a system that was sustainable but with a focus on academic quality and robust student experiences,” McNeely said. “I think it’s a good example on if we take these kinds of models in everything we do, then collectively it can impact the budget in a great way.”