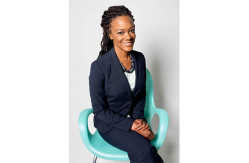 Southeast alumna and St. Louis native Kyra Joiner will be the keynote speaker for the 24th annual Michael Davis Lecture in early February.

The Michael Davis Lecture is scheduled annually in memory of former Southeast Mass Media student Michael Davis. Each year, the department invites a person of color who works in the media to speak to students about their career.

Professor of Mass Media Tamara Zellars Buck explained why the lecture was created.

“When the department decided to name a lecture in his [Davis’] honor, they wanted to bring people that had similar careers and were doing wonderful things in their industry,” Buck said. “We want our students to learn from their interactions with the keynotes and to be inspired by them.”

Before all this success, Joiner earned her Bachelor of Science in mass communication: advertising with a minor in communication studies from Southeast in 2006. Her success began in college when she was recognized with awards such as the President’s Volunteer Service Award, a student ADDY Bronze Award from the Tri-State Advertising & Marketing Professionals and one of the McNair Scholarship Awards.

Later, she earned her Master of Arts in Communications with an emphasis in promotions from Lindenwood University.

Buck explained Joiner’s accomplishments are a big part of what makes the Mass Media faculty feel she is excellent to be this year’s keynote speaker.

“Kyra has had an amazing career beginning with her work in the Cardinals organization, which culminated with her earning a World Series ring the year they won,” Buck said. “So her work in advertising and marketing in the profit and non-profit sectors all make her a great person to hear from.”

The lecture is open to the public and will be held in Rose Theatre at 6 p.m. on Monday, Feb. 3.