The University School for Young Children: where toddlers teach college students to be better educators 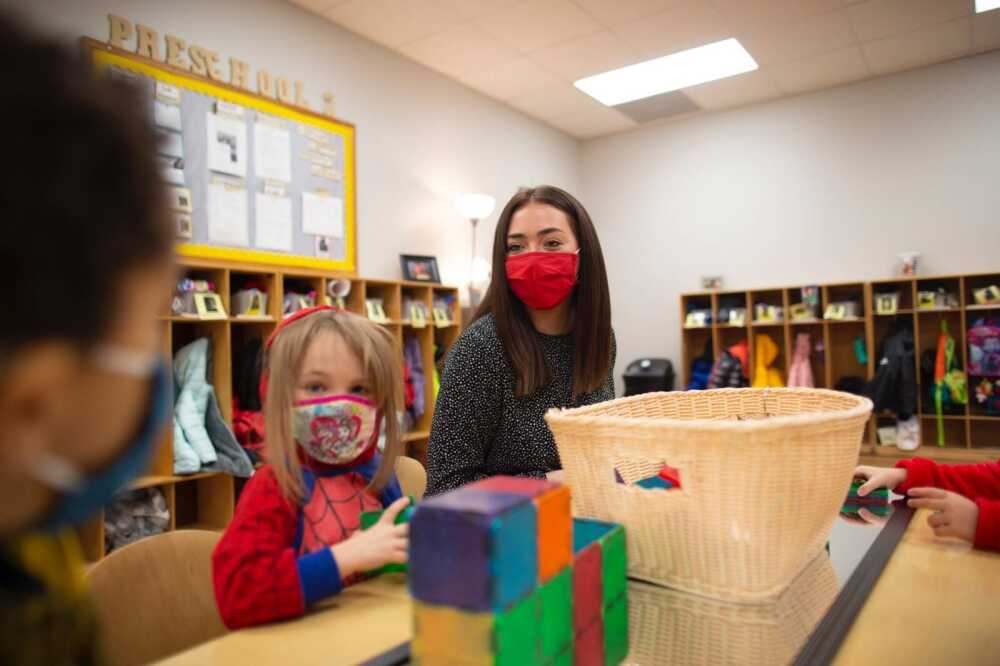 University students and preschoolers play with blocks at the University School for Young Children.
Photo submitted by Byron Henderson

Byron Henderson, director of the University School for Young Children (USYC), said they do things a little differently at the USYC. Students don't learn the alphabet in order, infants are taught to communicate first through simple sign language, the teachers focus on interest-based learning and many lessons are tailor-made for the individual child.

The USYC also acts as a training center for Southeast students.

Byron said the USYC is closely linked with the College of Education, Health and Human Studies. The USYC provides opportunities for future teachers and researchers to get valuable work experience while still in school.

Students studying early childhood development or on track for an education degree at Southeast will spend time working and learning at the USYC.

Southeast’s Speech and Language students visit with the children enrolled at USYC to practice screening for speech impediments and language deficiencies.

Physical education students at Southeast have a program called “Gym Buddies” in partnership with the USYC.

“There is a university studies course called Creative Expression in Young Children, and we serve as an observation site and a practicum site for them, as well,” Henderson said. “We are basically here for the students at the university to have hands-on, real-life experience.”

Henderson said collaboration with other professionals is a large part of any early childhood education center. In the past year, Henderson said the USYC has relied on Zoom for meetings with external experts such as therapists, but the in-person activities involving Southeast students have not been impacted by COVID-19.

“[Southeast students] wear masks, they have a health screening every day, so they are still able to actively participate,” Henderson said.

Henderson said health and safety has been the priority for the USYC during the pandemic. All students wear masks. The HVAC system has been upgraded with ultraviolet sanitation and air filtration. In addition to these measures, the USYC has increased handwashing and surface sanitation schedules. The classroom layouts have also been restructured to allow for collaboration and maintain relationships between teachers and students, which Henderson said is a crucial part of early childhood education.

“When we first were told that we had to wear masks, I was hesitant. I thought It was going to be extremely hard,” Henderson said. “But to be honest, the children have done better than adults.”

“I have really enjoyed the University’s commitment to early childhood education,” Henderson said. “That's part of what drives me to be here, is the collaboration between the faculty, the staff and the students, the team building and making sure we are putting forth the best practices and staying abreast of new technology and new trends in early childhood education.”