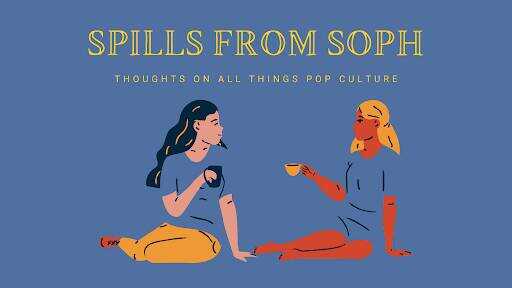 Another long-awaited album has finally been released to the public, and it’s certifiably hyped. You guessed it — I’m talking about Drake’s “Certified Lover Boy.”

We all know Drizzy is the Taylor Swift of hip-hop — producing some of my favorite songs about women in his life that have wronged or left him … or women he’s wronged. His sixth studio album is nothing out of the ordinary. In fact, Drake is quite clear about the themes of the project in the editor’s note.

This is what the rapper had to say in the editor’s note: “A combination of toxic masculinity and acceptance of truth which is inevitably heartbreaking. Executive produced by me, Noah ‘40’ Shebib, Oliver El-Khatib and Noel Cadastre. Dedicated to Nadia Ntuli and Mercedes Morr. RIP 💖 — Drake”

One look at the album art confirms what Drizzy had to say about toxic masculinity — it features 12 pregnant emojis, each animated woman wearing a different-colored shirt and with varying combinations of skin shades and hair colors. Personally, I think CLB and Donda are duking it out for worst album art of the year. But, hey, it catches the eye.

The cover was designed by British artist Damien Hirst. I enjoyed this Forbes article about the art for the album. The cover quickly became a meme, and musician Lil Nas X may even be making fun of Drake by wearing a prosthetic pregnancy belly. Nas is using the belly as a marketing scheme for his debut album “Montero,” which will be released Sept. 17. Nas X and his fans have been devout in their joking, going as far as taking maternity (paternity?) photos with countdowns like “12 days until baby Montero arrives!”

I personally really liked this album. It’s a little sappy, it’s cocky, and it definitely feels made for attention. “Way 2 Sexy” has already garnered attention on social media, especially on TikTok.

My favorite tracks on the album are “Champagne Poetry,” which feels like a nod to Drake’s Instagram handle (@champagnepapi), “Girls Want Girls,” “Way 2 Sexy,” “Pipe Down” and “Knife Talk.”

I predict “Champagne Poetry” will be good for those long drive, I-know-every-word-to-this moments. The flow is consistent, the intro is catchy, and the bars are solid. “Girls Want Girls” is definitely going on my “Getting Ready To Go Out” playlist, purely for the pro-woman energy. Although, arguments can be made against Drizzy calling himself a lesbian in the lyrics.

“Way 2 Sexy” is also going onto the “Going Out” playlist. I cannot picture anything more vindictive than saying “too sexy for this world” to myself in the mirror with a full face of makeup and a cute outfit on. “Pipe Down” sort of reminds me of Drake’s “Hotline Bling,” but with opposite energy. In “Hotline Bling,” the listener understands Drake is talking about a girl who has changed since he last knew her. He says since he’s left the city, she’s gotten a reputation, and he seems kind of sad she isn’t calling him late at night when she needs his love anymore.

In “Pipe Down,” however, Drizzy asserts his authority as the breadwinner and asks how much he’s got to spend to settle a disagreement. It is a far cry from the simp-worthy lyrics of “Hotline Bling.” I personally feel as though this could be some of the toxicity Drake refers to in the editor’s note. It’s got a domineering vibe, and I hate that I love it.

“Knife Talk” elicits a head-bopping, tight-lipped reaction. The beat is contagious, and the lyrics are illicit. Rapper 21 Savage starts the song off with a smooth, rhythmic flow and lyrics that reference the streets but are still catchy. It’s a good song for feeling tough.

I liked this album much more than I liked Donda. It may be in part because historically, I prefer Drake to Kanye. To be a little more critical, I think CLB can be a bit repetitive when it comes to Drake’s flow and themes. The whole “I’m better than you” vibe of the project has been done a million times before. Let me know if you disagree @SophDavWrites.