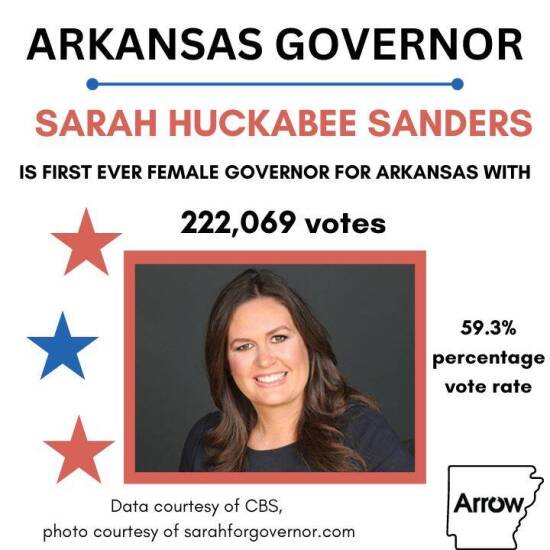 According to various news sites, Republican Sarah Huckabee Sanders has defeated challenger Chris Johnson and will be the first female governor of Arkansas.

The results were called about an hour after polls closed with Sanders carrying about 60% of the vote. Sanders was previously the White House press secretary under former President Donald Trump and is the daughter of Mike Huckabee Sanders.